NATIONAL TRANSPORT AUTHORITY (NTA) PLANS TO BLOCK CORBAWN LANE.
RESIDENTS RISK BEING LOCKED INTO OWN ESTATES. MASSIVE DELAYS AND TRAFFIC GUARANTEED. THIS MUST BE STOPPED.

MAKE YOUR VOICE HEARD BEFORE IT'S TOO LATE 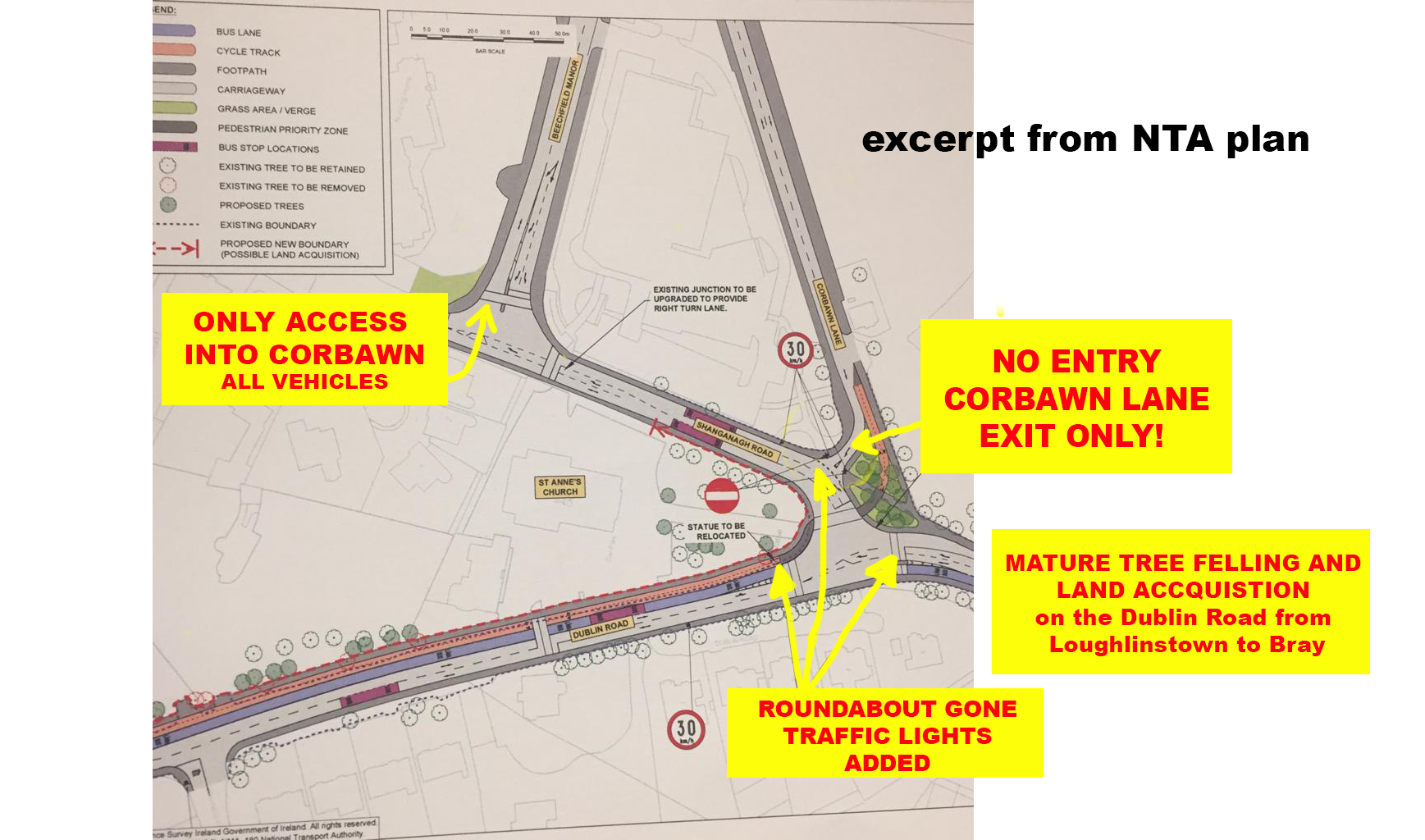 These are all pulled from the NTA official document.

The National Transport Authority (NTA) began a public consultation process in Spring 2019 regarding the future of bus transport including through Shankill. Their proposals included – the largescale destruction of mature tree throughout Shankill; a 4 lane traffic system both ends of the village; removal of Aircoach stops; removal of 2 key roundabouts to be replaced by traffic light controls (Corbawn and Quinn’s Road) and THE CLOSURE OF ONE SIDE OF CORBAWN LANE
WITH ENTRY ONLY VIA BEECHFIELD.

Many public meetings were held initially (2019). Over 1,100 submissions were sent to the NTA by Shankill residents. Also talks since, between NTA and local community groups resulted in some changes – e.g. now, the village is to have a 2-lane traffic system/not 4; somewhat fewer mature trees are to be destroyed and somewhat fewer incursions into private properties, however, the NTA is still insisting on blocking half of Corbawn Lane and removing our roundabout
and creating traffic light controlled access only, thus preventing normal access to our homes. The traffic chaos and social costs this would create is obvious to anybody who lives here. Local community groups have worked hard but their main objections have been ignored – now we have to act - NTA says it will listen

Despite the pandemic, the NTA is currently proceeding with a final public ‘consultation’ process and accepting submissions until December 16th . It is vital that as many residents as possible make submissions.

In the previous consultation where enough submissions were made by individual residents, changes followed.

Submissions made now will also be later considered by An Bord Pleanala, the body that will have the final say on the NTA proposals.

Unless stopped now, this is a disaster in the making and will result in Corbawn residents being potentially locked into our own estates with queues and delays particularly in exiting at peak times; massive tailbacks from traffic lights; plus major issues for emergency vehicles that could then access all of our estates only through Beechfield Road (adding major risks for elderly residents there attempting to go to Lidl or the village).

Write or email  TODAY, even if it’s just a few lines.

Some local politicians have privately noted that there has not been a strong pushback by residents in Corbawn. We need to address this. Why should they be concerned if we are not?

NTA meanwhile remains on track despite the pandemic and yet nobody in the public arena appears to be alarmed/ no letters to the papers/ calls to Joe Duffy /calls to local politicians/ Minister for Transport?

Summary main points, but use your own words and how this will affect YOUR life in your submission.

Previously, DLR County Council tried to block Corbawn Lane and have an entrance from Beechfield Road but traffic chaos and gridlock in all directions plus pushback from residents prevented it from happening and forced them to restore the traffic system as it was. We can do it again, providing the majority of the 700 + households and family members in Corbawn make those calls now and submit objections before deadline December 16th  2020.

Keep in touch by logging on to shankillmatters.com and Facebook ShankillOpenForum

Welcome to our Village...

Shankill is situated in the administrative area of Dún Laoghaire–Rathdown. Located in the south-east of County Dublin, close to the border with County Wicklow, it has a population of 13,258 (2006 census).

Shankill, a suburban village with a distinctively rural feel , the gateway to the stunning Dublin Mountain Way and overlooking Dublin Bay.

From the mountains to the sea, from the village to the park, Shankill has it all. With its traditional design street lighting, cobbled pavements, granite walls, vibrant flower planters, Shankill is one the few remaining places in Dublin that has retained a village community. 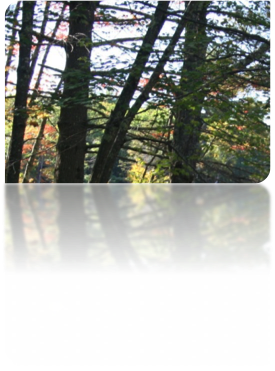 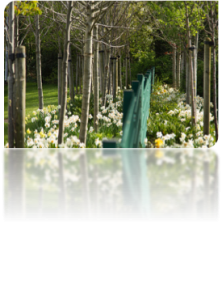 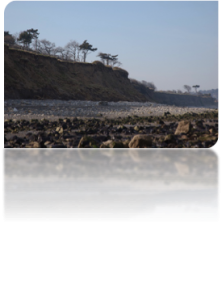 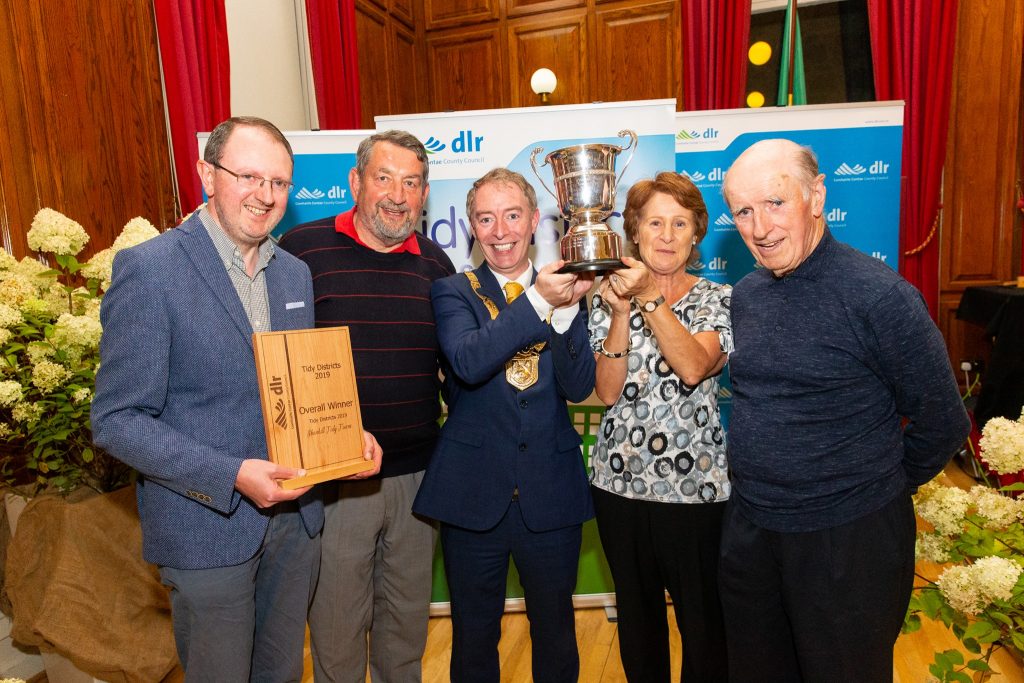 There is plenty to do in Shankill.

Take a walk in the park, through the wild flower meadows, woodlands and leafy lanes. Let the kids play in playground or bring the dog to the dog park. 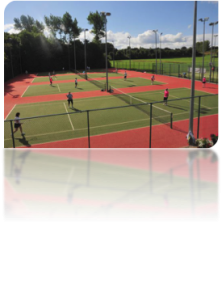 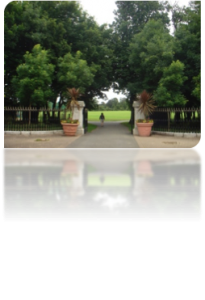 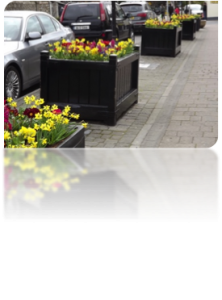